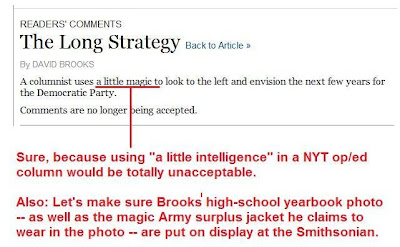 I was a liberal Democrat when I was young. I used to wear a green Army jacket with political buttons on it — for Hubert Humphrey, Birch Bayh, John F. Kennedy and Franklin Roosevelt. I even wore that jacket in my high school yearbook photo. -- BoBo Brooks
Posted by Grace Nearing at 12:56 AM 2 comments 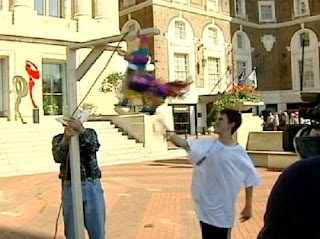 You know, just substitute Kabul for Greenville, South Carolina, and the mayor of Kabul for Lindsey Graham, and Sec Def Gates would be urgently requesting a few thousand additional troops.


Via Wonkette. Full slide show here.
Posted by Grace Nearing at 5:13 AM 0 comments

Devout anti-choice blogger Dr. Stolinsky reads a nondescript headline from an unnamed, unlinked, undated newspaper article and goes all DaVinci Code. Where we see a sad but tragically common story, he sees nothing but encrypted media bias against the preconceived, the preborn, and the recently postborn.

Some time ago, a newspaper began a report on a terrible accident with the headline, ‘Ten People, Baby Die When Van Hits Truck.’

Stolinsky is outraged. No, no, no -- not that 11 people were instantly wiped off the face of the earth, but that the headline, in Stolinsky’s warped view, downgrades the dead baby’s personhood.

Stolinsky is divinely convinced that the baby’s being singled out and tallied separately from the “ten people” means the headline writer (and by extension the evil liberal media) views the child as less than a full human being.

Have to admit, that was not my first thought. Or my last.

Well, yes, babies are counted differently in articles about tragic events. In emotional currency, they have more value than adults, not less. That’s why the headline writer worked the baby’s demise into the headline.

Had the van and truck gone up in flames, the headline writer probably would have played up the flames: Van Hits Truck, 11 Perish in Fireball.

We might think this is all farkin’ obvious, but Stolinsky is blind. As further proof of the evil liberal media’s bias against the full personhood of the preconceived, the preborn, and the recently postborn, he snags and grills an anonymous editor* who’s conveniently vague and shruggy about everything yet nonetheless adamant that babies are not persons.

When I questioned an editor, he saw no reason to reword this as ‘Eleven People Including Baby Die,’ or ‘Ten Adults and Baby Die.’ To him a one-year-old was not a “person.”

When I asked at what age a child becomes a “person,” he was unable to reply. Nor did he express an opinion about when an elderly or disabled individual ceases to be a “person.”

What an incredibly useful tool that anonymous editor proves to be, assuming he actually exists. The rest of us sort of know that individuals pretty much cease to exist once the death certificate is signed. Only gods and corporations are immortal. And maybe Dick Cheney.
_____

Shirley Sherrod -- This Is Your Life!

Good god. If you worked a little overtime on the night shift early this week, you probably missed out on the screwball tragedy involving USDA official Shirley Sherrod. It’s a malicious farce that has less to do with farming Georgia clay and more to do with the stupidity and amorality of media people (whose salaries are a lot more than yours, mine, and Shirley Sherrod’s combined) who continue to let escaped Heaven’s Gate cultist Andrew Breitbart wreak havoc on the lives -- and livelihoods -- of innocent people.

Disgraced via Breitbart’s media manipulation, branded racist and rejected by the NAACP, compelled to resign by the sackless Secretary of Agriculture, and now fully vindicated, Ms. Sherrod most likely will be back at her desk, helping small Georgia farmers, before you clock out by week’s end.

In other news, after a 3-year-binge of flipping off the LA County Probation Department, Lindsay Lohan's finally in jail....


Blingee thingee via Wonkette.
Posted by Grace Nearing at 7:07 AM 0 comments

One of the biggest threats to democracy: Other people's brains

Misinformed people often have the strongest political opinions, and they almost never change their minds.

Here’s why.
Posted by Grace Nearing at 4:21 PM 0 comments

Absolutely the only nice thing I'll ever say about Michelle Bachmann 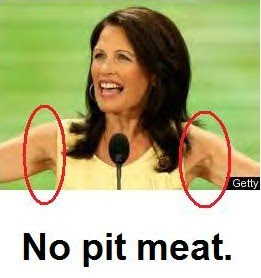 Posted by Grace Nearing at 2:14 AM 0 comments

Over at Big Government, Michael Zak offers the kind of in-depth yet historically expansive political analysis that only a wingnut can: Hope and Change and the Scariest Movie Scene Ever.

The scariest movie scene isn’t in a horror movie. It doesn’t involve zombies or slashers, but it is about a real monster, “the kind of monster that people choose to rule over them,” with or without the help of ACORN and the New Black Panthers Party.

Segue to the present day: Could America fall prey to a demogogue?

Zak doesn‘t realize that “tomorrow belongs to me” is not far removed from “taking our country back” (for those needing Spanish subtitles: retirando nuestro país). And wouldn’t you know it, there’s already a catchy twangy theme song on YouTube. No Aryan aria is this little ditty.
Posted by Grace Nearing at 9:33 PM 0 comments

“Hoarding Truck Driver Midgets Who Don't Know They're Pregnant” will not be seen tonight in order for us to bring to you... “Sarah Palin’s Alaska.” * 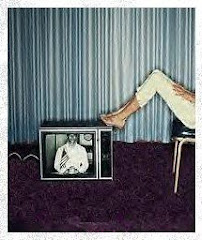 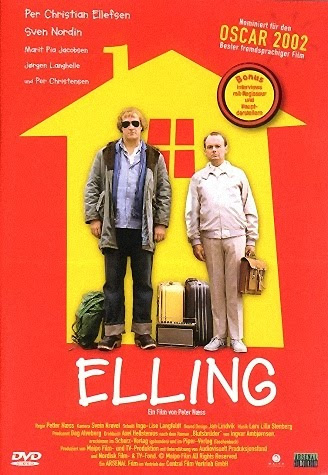 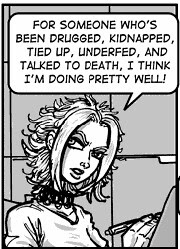